A couple months ago, I ordered a Monoprice Mini Select 3D printer. I'd been hearing the buzz for years and at around $200, it seemed like it was finally an offering with good reception that I could feel fairly safe dropping the money on. We printed Millenilm Falcons and a test elephant model that came with it, but then it got relegated to a shelf next to our bed for the last few months while things were stressful and creativity was wanting.

This weekend, we broke it out so we could try to do something fun with it again. We'd never been able to get it to read an SD card, so we controlled it with a laptop that has since retired and it took me two hours of poking at linux serial point things to realize that I'd just updated my kernel and it seemed like something was having trouble mounting serial devices because of it. A reboot later, we were in business.

Unfortunately, that wasn't the end of that, because our printer started behaving strangely; taking lots of pauses for seconds at a time. It was causing beading in the plastic where it stopped, and was seriously lowering the quality of the builds. I'd long known there were firmware updates to be had at the Google Drive for the printer, but without a working SD card, I couldn't do the updates and we were seriously considering having to call customer support.

Thankfully, digging through random boxes bore fruit and I was able to located two more micro SD cards, one of which pleased the printer. Finally, I was able to update it.

Before we updated the firmware, the printer got into a strange state and ran itself to the extremes of the X and Y axes and then tried to go further. When that happened, something happened and the extruder temperature started showing as 0. 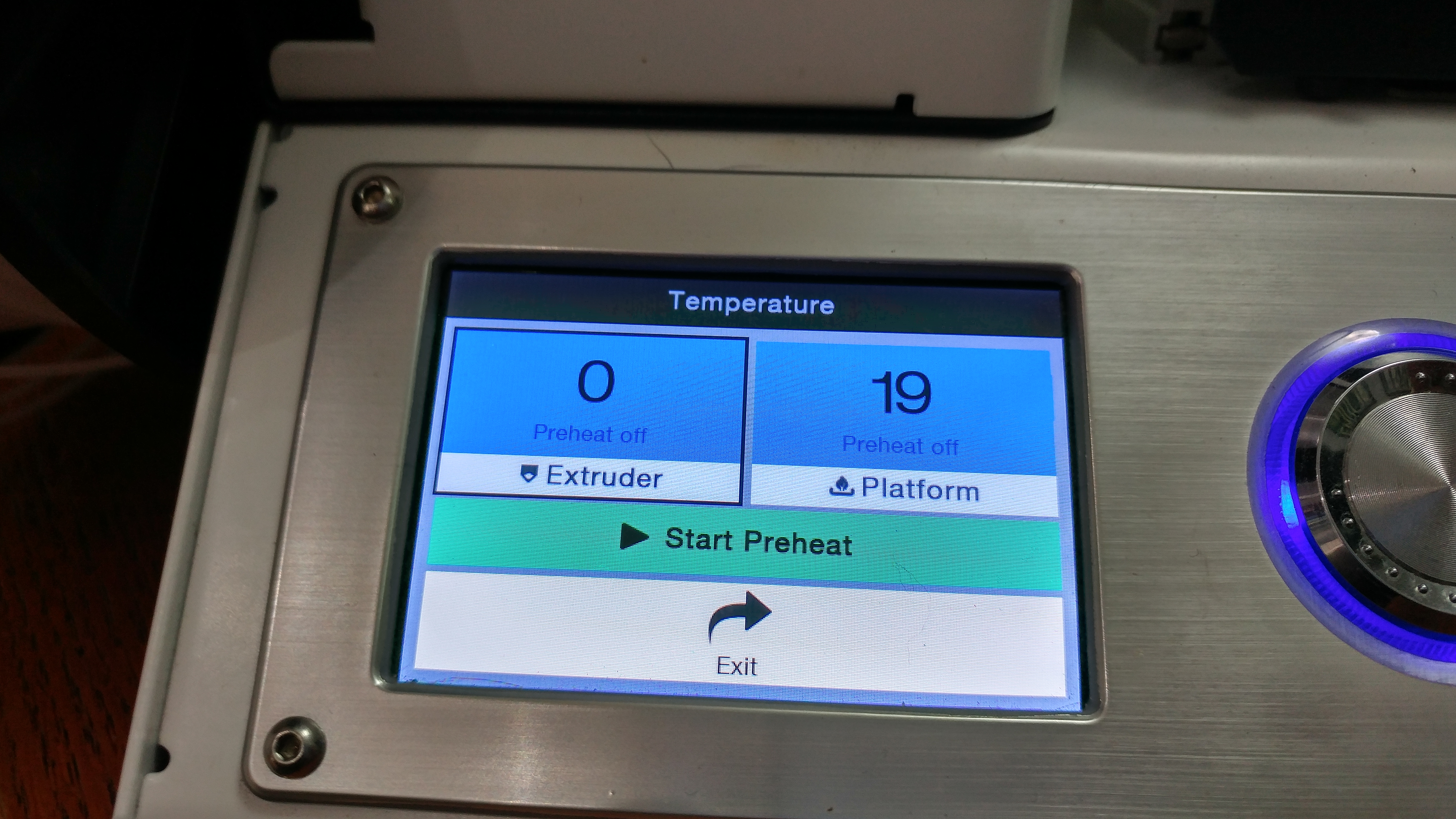 0 Celsius is pretty unusual for indoors, even in late Fall in New York, so I figured something was wrong with that sensor. Sure enough, the little wire connected to the thermometer had snapped. Probably, while it wires were stretched to the edge of the print volume. 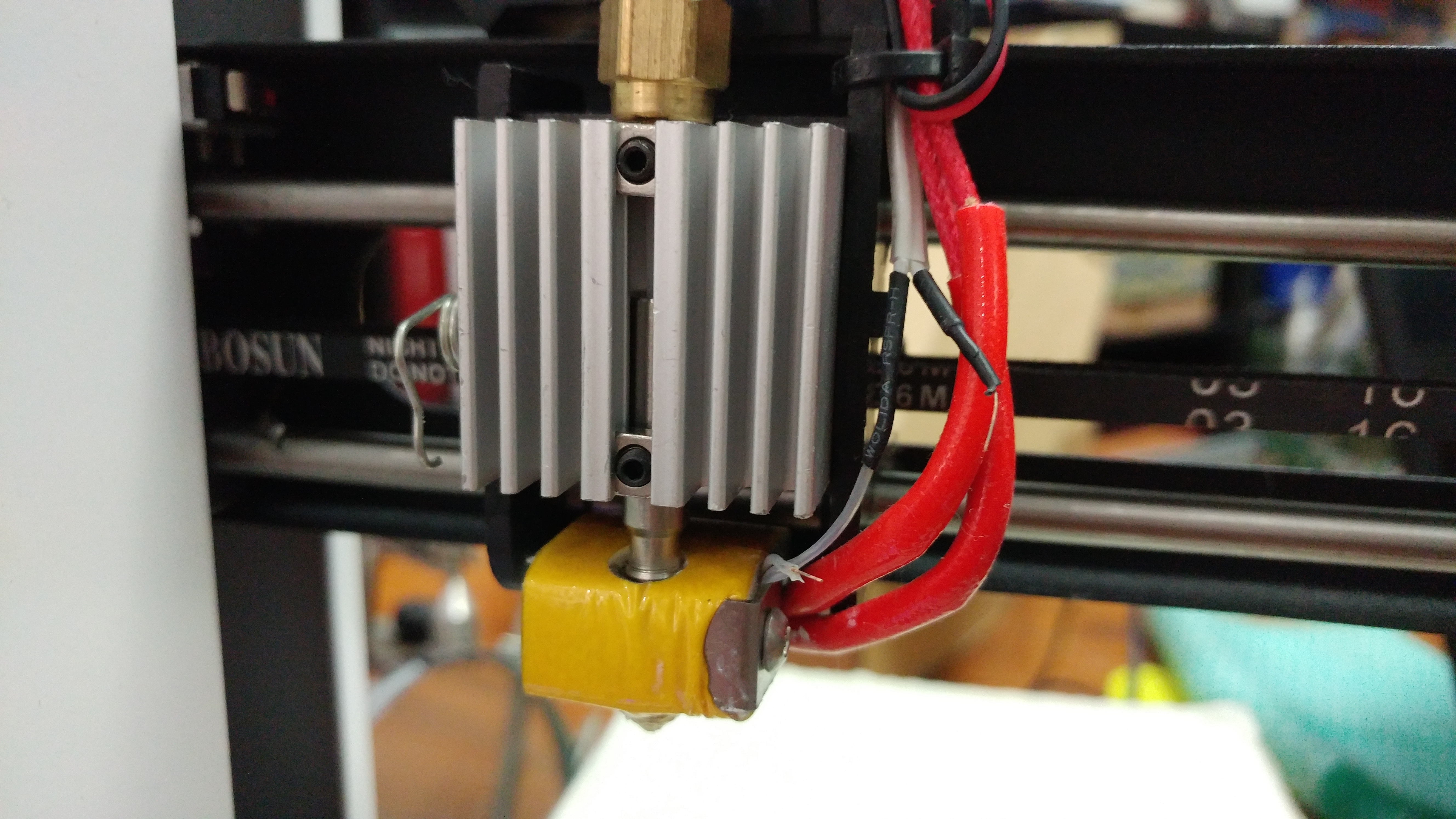 Luckily, with a quick run for overpriced solder at Radio Shack, I was able to patch it back up and get back to printing.